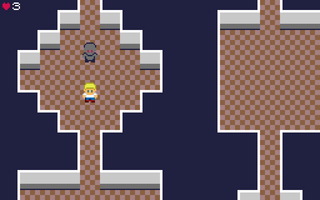 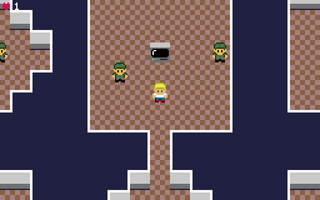 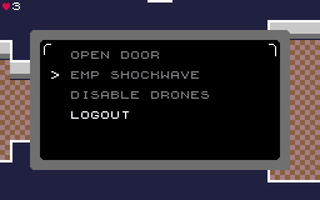 Thus far, my game is a pretty standard roguelike. But, today, I spent some time on the "hacking" mechanic I've had in mind.

First, I added a new mob: A Drone. The Drone can see a little farther than the Guard, and has more health. Drones will be considered "hackable" units.

The next piece was a Terminal entity. Terminals allow the player to interact (by bumping into them) and display the "hacking" menu. For now, none of the hacking options are enabled, but the plan is to allow the player to trade some resource to manipulate entities on the map. For example, it might cost X resource to disable all Drones for Y turns. Other potential hacking option might be to open and close doors, or turn the Drones against the guards.

I wasn't able to completely close on the loop on this feature, but I'm hoping to add the hacking resource and work on the "disable Drones for Y turns" ability next session.

I'm definitely a little nervous with the progress so far, however I have 1.5 days of weekend time on the backend of the jam to really push through if needed.