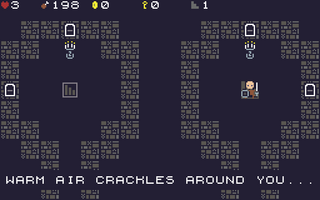 Affixes are floor-wide modifiers which, when active, increase the difficulty in some way. Two affixes currently exist:

Affixes are currently applied every so many floors and are announced via some flavor text.

Other changes of note:

Next up on the agenda is pivoting to content: Adding more floors, variations, monsters, trap, affixes, etc.